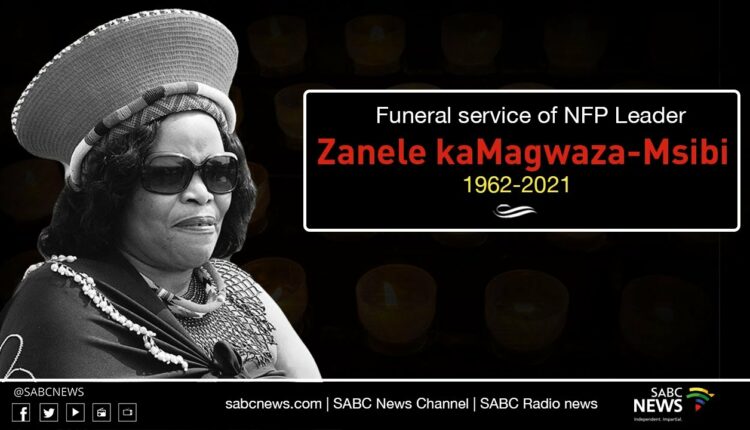 Zanele kaMagwaza-Msibi (1 February 1962 – 6 September 2021) was a South African politician who served in Jacob Zuma’s cabinet as the Deputy Minister of Science and Technology. She was also the National Freedom Party’s President (NFP).

She was a councillor for nineteen years before being elected to Parliament, fifteen of those as Mayor of the Zululand District Municipality. She was previously the chairperson of the Inkatha Freedom Party (IFP), as well as the party’s candidate for Premier of KwaZulu-Natal in the 2009 general election.

Her new party won the 2014 South African general elections by obtaining 288,742 (1.57 percent) of the national vote on May 7, 2014. The NFP came in fifth position with six members in the National Assembly as a result of this result.

Magwaza-Msibi grew up in the Inkatha Freedom Party (IFP), having joined as a teenager in 1975. In 1976, she became the branch chairperson for the first time. She then became a member of the Youth and Women’s Brigade executive committee 13 years later (1988). She then served as the Youth Brigade’s deputy chairman from 1998 to 2003, and then became the Women’s Brigade’s national secretary.

She had previously held several high administrative posts in local and town councils, as well as overseeing a number of community programs. She was the only woman on the Nongoma Transitional Local Council’s executive board in 1995. She was elected chairman of the Emakhosini sub-region, which included Ulundi and Babanango, the following year (1996). 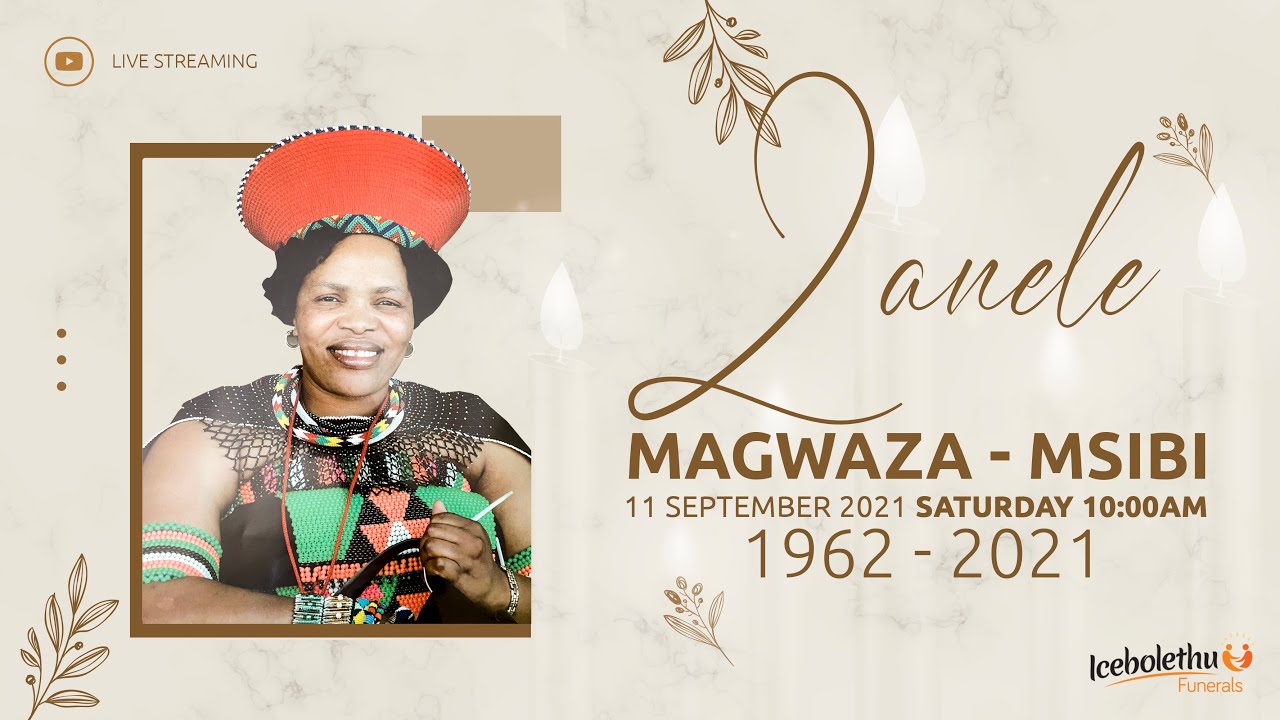 After the first local government elections in the new dispensation, she was elected as the first mayor of the Zululand District Municipality in 2000.

She ran for and lost the position of IFP Deputy National Chairperson in 2005, losing to Stanley Dladla. When Ziba Jiyane, the party’s national chairperson, left to found the National Democratic Convention, Magwaza-Msibi was put forward as a candidate and elected unchallenged in the 2006 national conference. She was seen as a possible successor to Mangosuthu Buthelezi, the IFP’s second-in-command, when he decided to stand down.

She was also known as the National Freedom Party’s President.

Zanele Kamagwaza-Msibi Date & Cause Of Death

Zanele kaMagwaza-Msibi, the leader of the NFP, died of heart arrest caused by Covid-19 problems.

She died on the 6th of September 2021, shortly after her appointment, after suffering a stroke.

Thank you for reading our todays topic on zanele kamagwaza msibi funeral service.